The DDA was (finally) completed, when the shipping company did this: 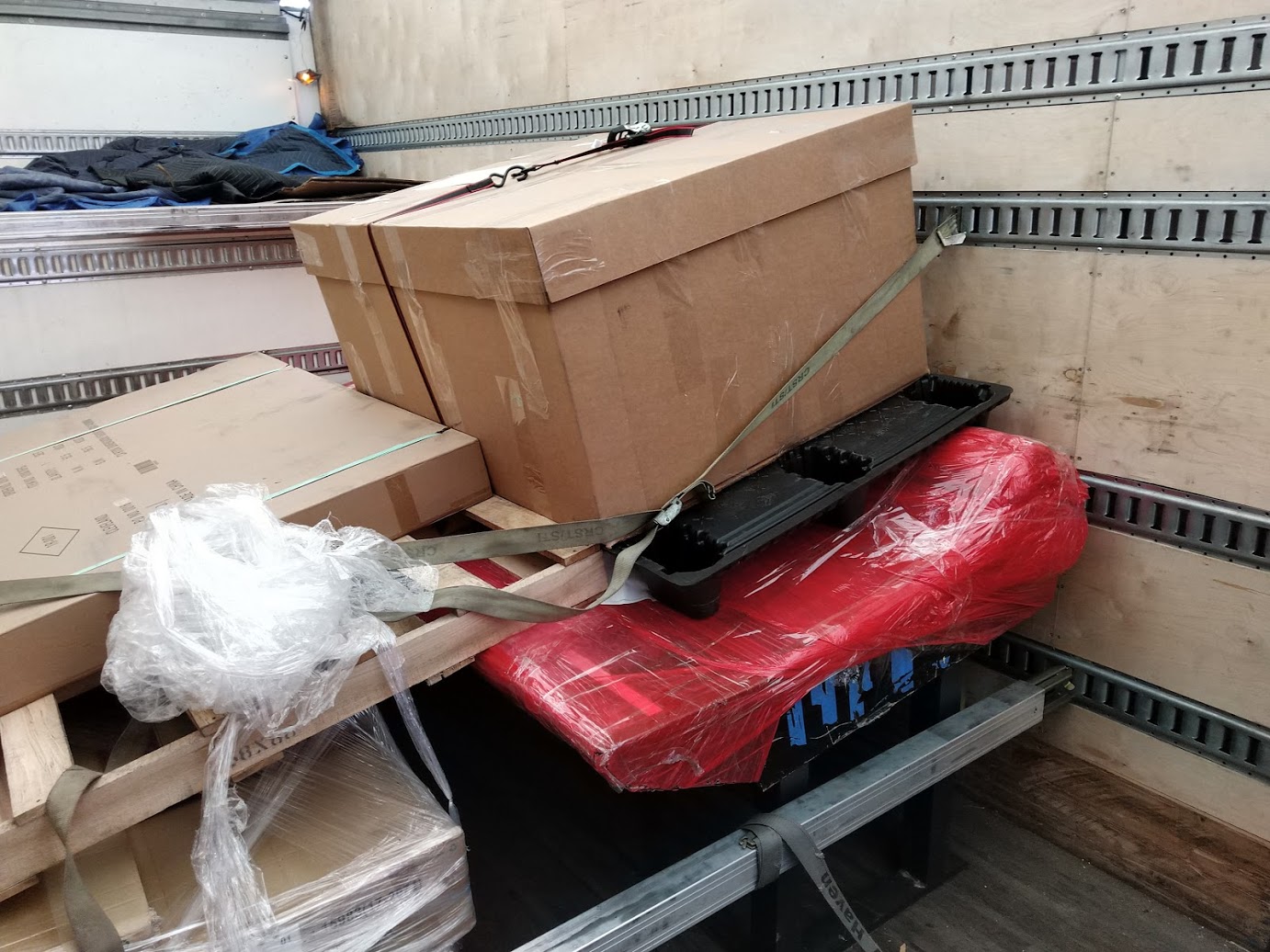 Hence, the search for a new console goes ON…..

After an unpleasant two years struggling with a seemingly possessed Otari Status 18R, it’s time to introduce a soon to be arriving addition to the studio! Measuring smack dab between a Smart fortwo and a Fiat 500 in length, the DDA AMR24 is an old school split style console which is still well regarded among 80’s and 90’s recording engineers. With 36 inputs and 24 busses, dedicated monitoring/returns for two 24 track decks (or in our case one MCI JH-24 and 24 channels of digital), and a well appointed patchbay this console will allow for a very robust project studio setup with quite a bit of flexibility.

Easier to use, much cheaper to run, and pennies on the dollar compared to a SSL (or Neve, of course) from the same vintage, this one-owner (low mileage) console is currently being vetted by the good folks at Sphere Recording Consoles. Formerly known as Primal Gear, these guys buy and sell vintage consoles in addition to producing the mondo cool Fab 4 and Fab 500 preamps which are exact reproductions of vintage Sphere preamps dating back to the original Sphere consoles.

Here is the console as it was when I saw it at Sphere’s warehouse (interestingly the console was available from the factory in a two piece configuration that allows for easier transport). 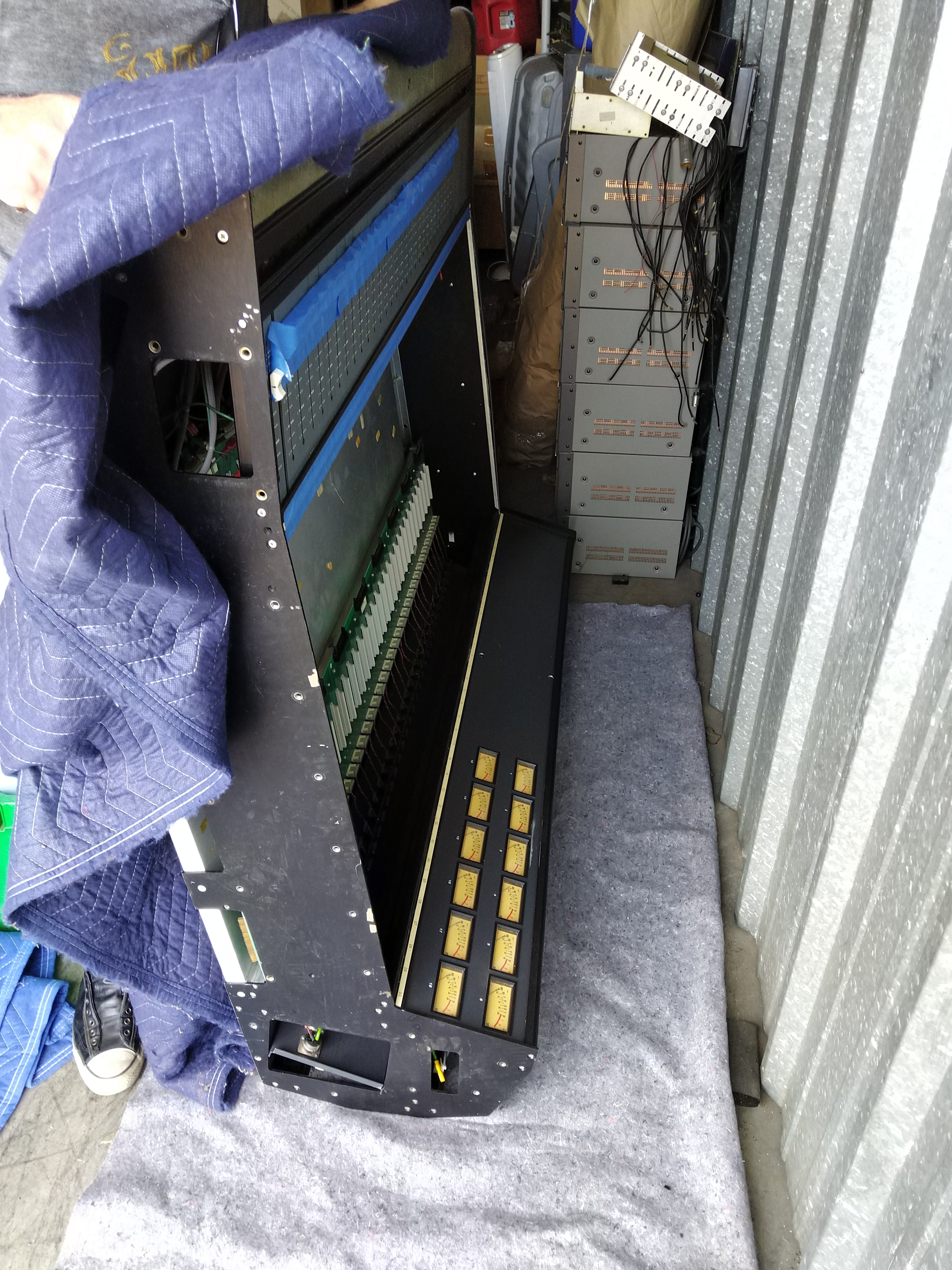 Check out the stack of Sony PCM-800’s in the background. Back in the day (circa 2000), at just shy of $6,000 a piece that stack of six would have bought you a pretty decent car! Now, depending upon where you live, you might owe the landfill $100 to get rid of them! 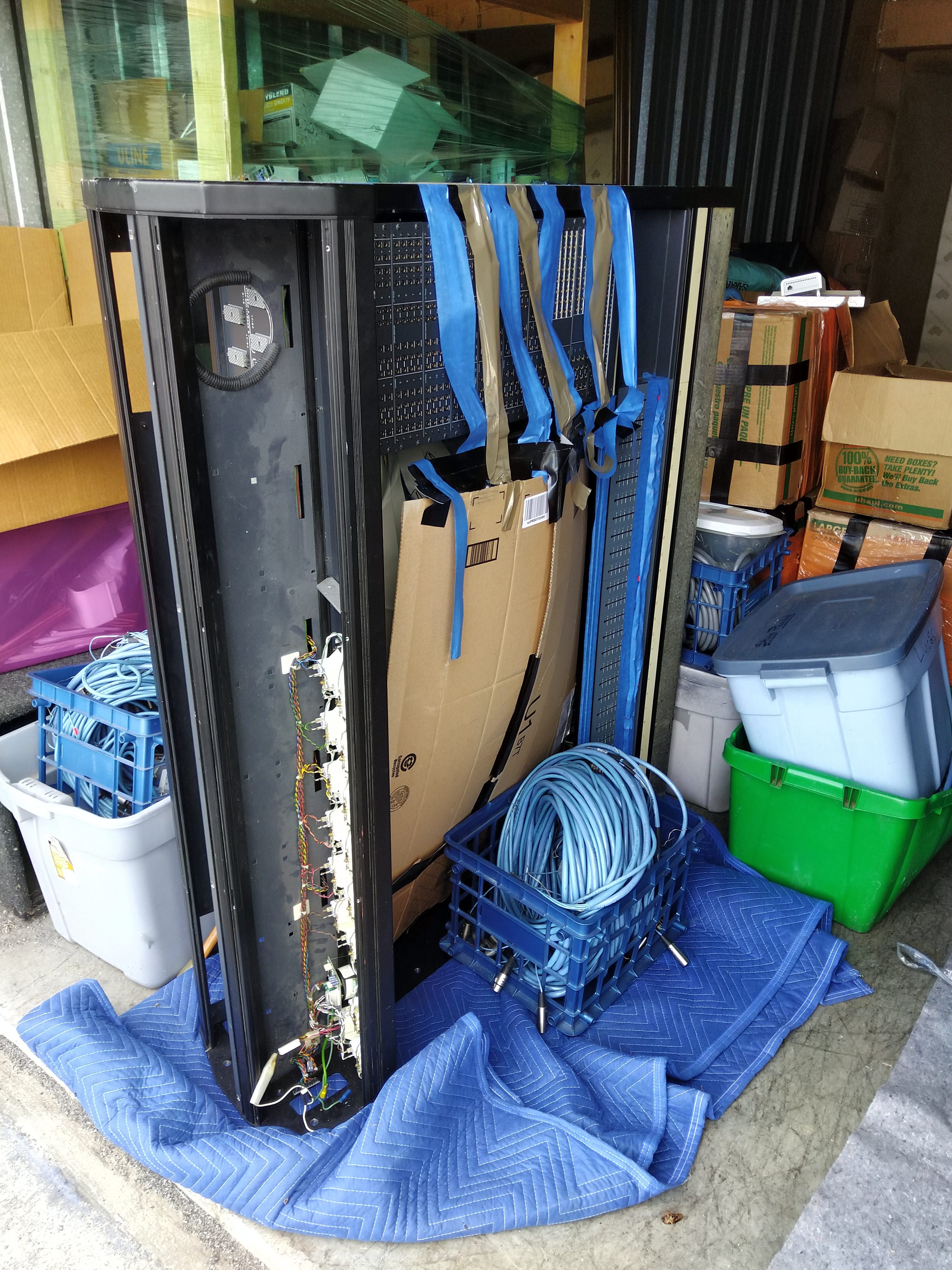 Here is the other half! Those boxes behind the console contain all the modules and spares.

The tubs of cabling promise a MUCH quicker commissioning process that the usual!

Watch this space to see how the console vetting and install progresses!

Here are some pictures of the modules: 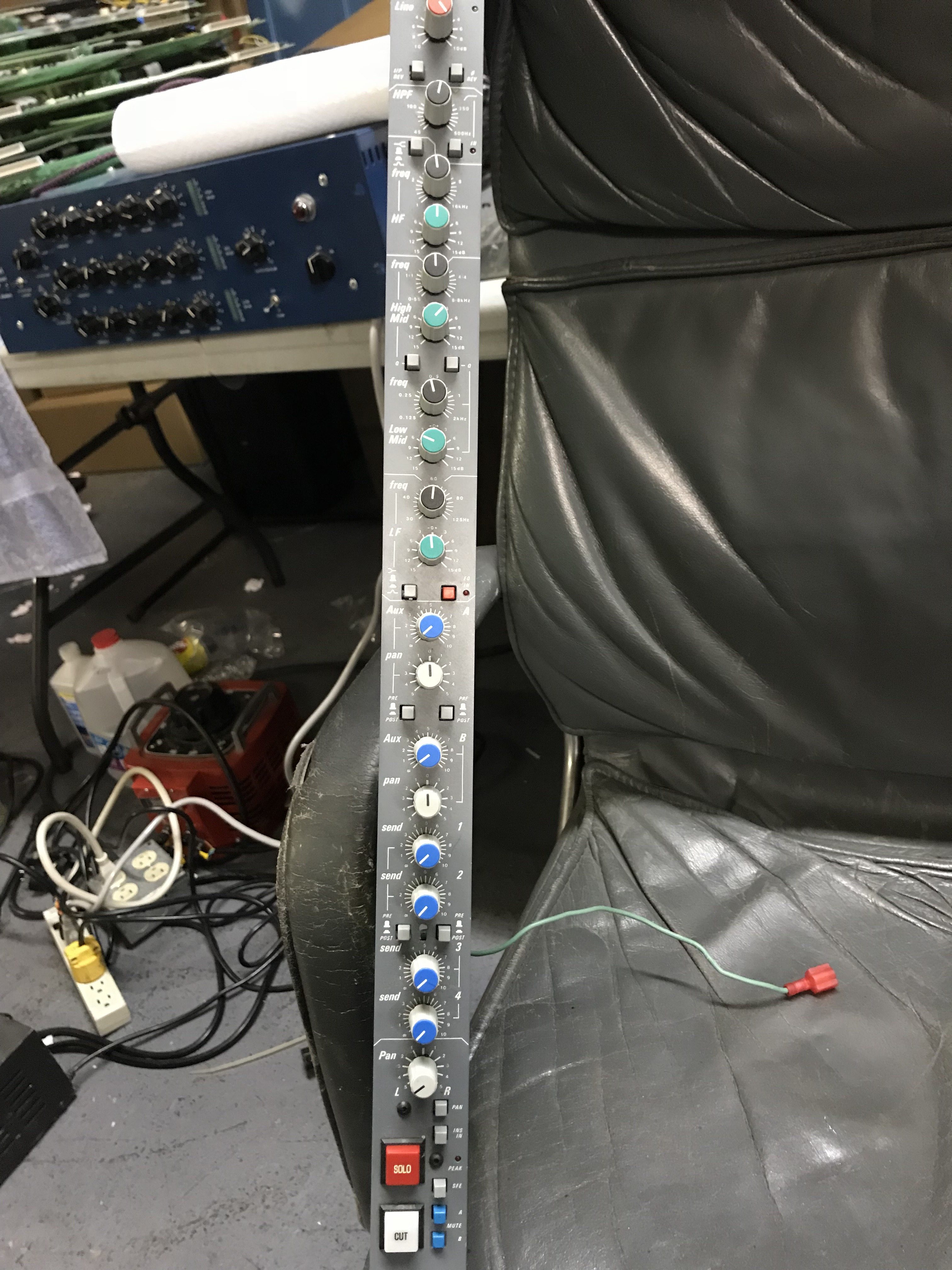 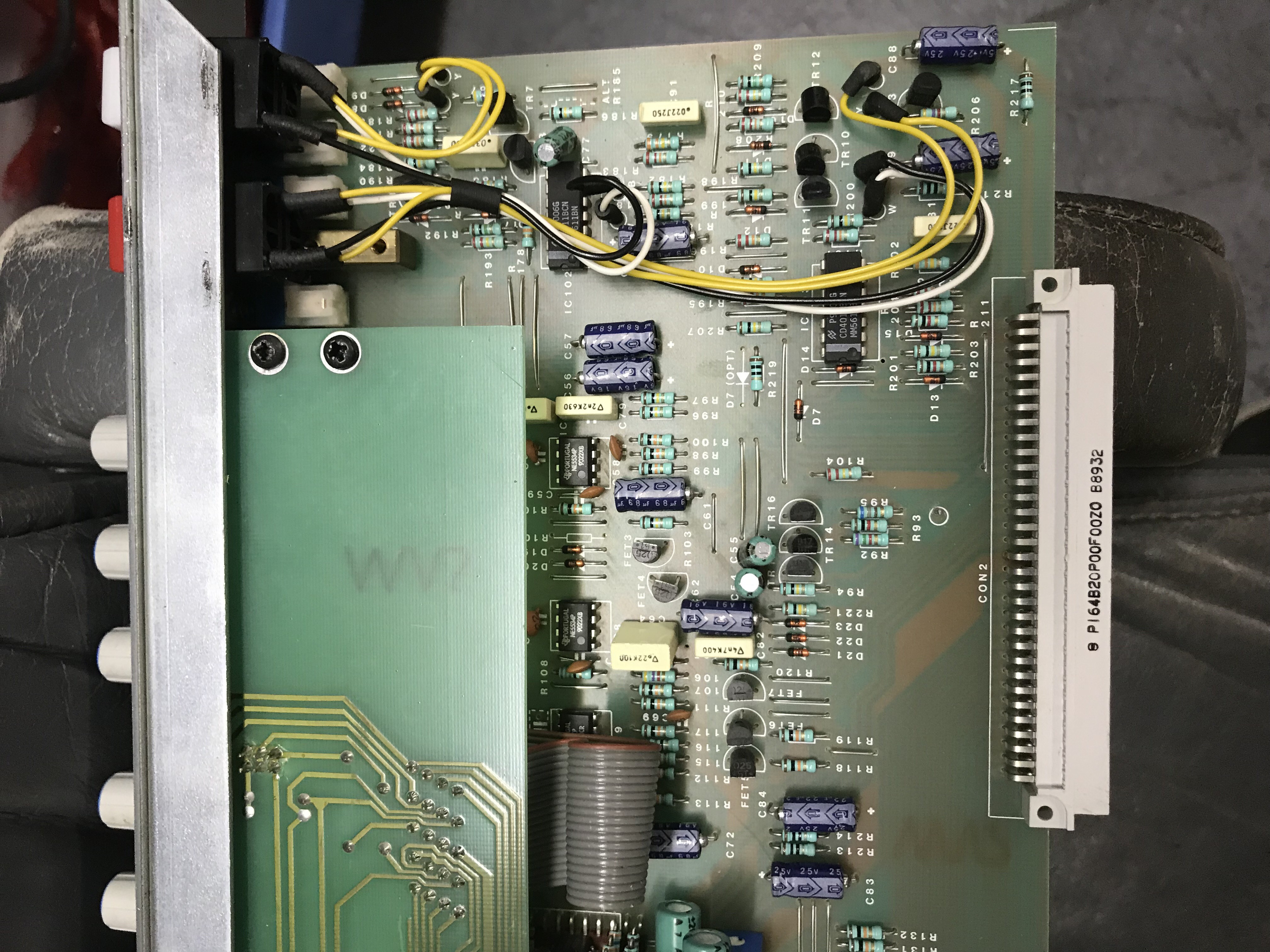 No sockets for the IC’s will make rechipping a more laborious project…but there are worse things than TL072’s and TL074’s! 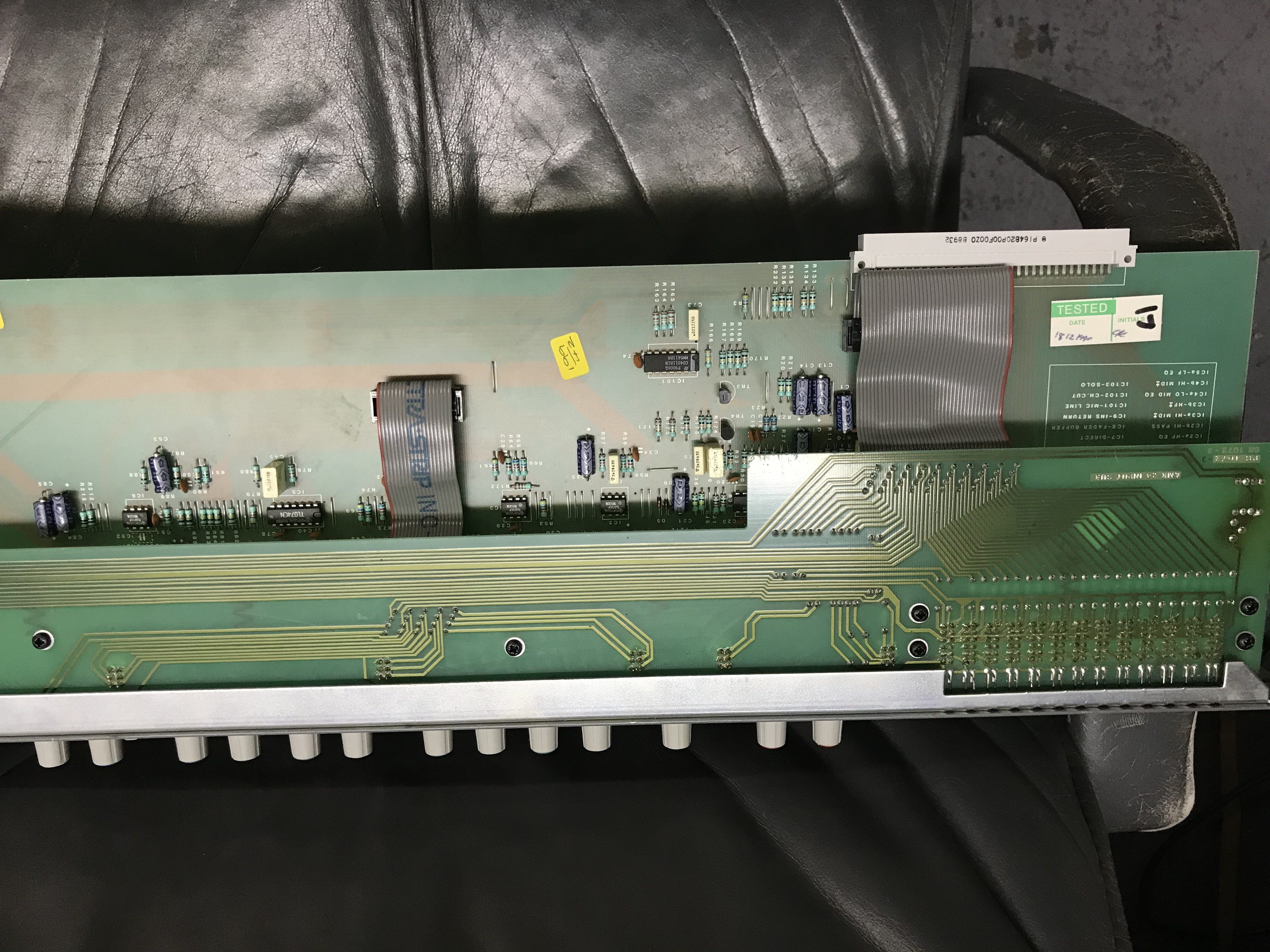