Okay, so the first question has to be: is the Fostex PM0.3 really a studio monitor or is it just a glorified computer speaker? 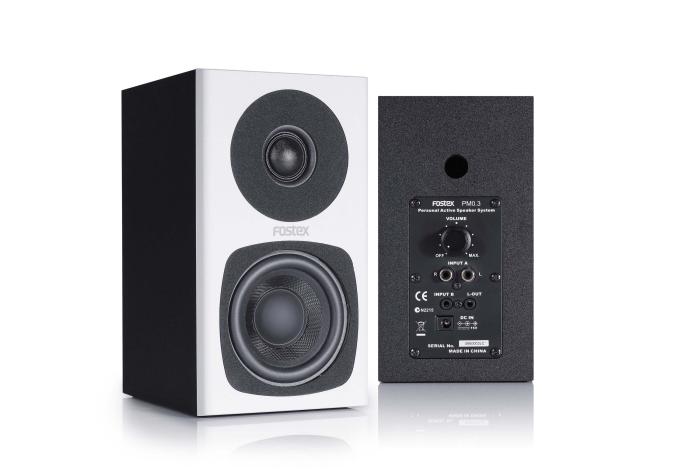 A fair question to ask, no doubt due to their size and relatively low cost. If these were from an untested manufacturer there would certainly be cause for suspicion, but the operative name here is Fostex!

Fostex has a long and storied history as both a manufacturer of project (and some pro-studio) gear and as a manufacturer of drivers. Their banana pulp full range speakers (for instance the FE206En) are very highly regarded in the audiophile community. Fostex have also been manufacturing active speakers in one form or another for decades.

Let’s get the obvious elephant in the room out of the way first. Bass (or lack of bass). Unlike some manufacturers who might claim response down to 60 Hz (at a -10dB point, no doubt) Fostex has instead specified the PM0.3 as having usable (+/- 3 dB) response down to 110 Hz (and up to 20 kHz). With 15 watts of digital amplification they can play more than loudly enough for the nearfield usage they are designed for.

What is exceptional about these speakers however is the wide and deep soundstage that they throw. Unlike other similarly sized speakers they sound radically different playing different source material. Now, I’m not saying these speakers are uncolored as that would be ridiculous (really at any price point) but these little monitors are more neutral than I would have expected. Another nice surprise was the lack of midrange hardness from the silk dome tweeter, source material only sounded harsh when it was actually harsh.

The Fostex PM0.3 is a no-brainer for a desktop/hotel room/bedroom reference system for DAW usage. Of course, they also excel for general usage playback of computer audio.

About the only significant criticism that could be leveled at the PM0.3 is their lack of Bluetooth functionality. This makes perfect sense, however, as the PM0.3 was clearly designed to be a monitor loudspeaker rather than an “entertainment” loudspeaker.

With good looks, good build quality, smooth tonal, and excellent spatial characteristics, the PM0.3 is a great pick for a desktop studio monitor!